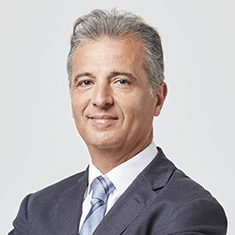 Khaled Awad, is the Chairman and Founder of ACTS, a material testing and geotechnical consulting firm based in Beirut, Lebanon, and operating in Qatar, Saudi Arabia, Kuwait, Oman, India, Rwanda, and several other countries of the Middle East and Africa. He is the immediate past president of the American Concrete Institute (ACI) and an active member of ACI, serving on Certification Programs Committee, International Advisory Committee, ACI Board Committee Chairs Committee, and the International Certification Subcommittee, of which he is a past chair, and was a Trustee of the ACI Foundation. He is also a member of many ACI technical committees and received the ACI Henry L. Kennedy Award in 2007.

Awad worked in the real estate and construction industry in the Arabian Gulf for more than 30 years. He was the Founder and CEO of various construction and real estate companies, dealing with the supply chain and information technology side of the industry, as well as the development of large-scale projects.

Awad was the Founding Director of Property Development at the Masdar Initiative. Masdar is a multi-faceted initiative advancing the development, commercialization and deployment of renewable and alternative energy technologies and solutions. He oversaw the development of emission free Masdar City, the world’s first development aiming to become carbon–neutral.