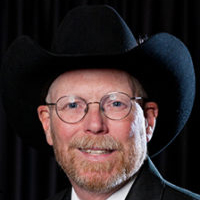 Jim Brown is the Deputy Building Official with the City of Gillette, Wyoming. He is also a Sectional Director with the International Code Council (ICC) Board of Directors.  Brown was instrumental in putting together Region II for the ICC, which includes Alaska, Washington, Oregon, Montana, Wyoming and Idaho.

Originally from Carroll County, Maryland, Brown attended high school and worked until he entered the Air Force in 1976. He was trained as a Life Support Specialist/Forward Air Controller/Survival Instructor, responsible for the inspection and maintenance of air crew life support equipment such as flight gear, parachutes, survival kits and ejection seats. He also trained recruits as a survival instructor. But after four years and attaining the rank of sergeant, Brown went back to working in general contracting where he gained experienced in both residential and commercial construction. He helped build homes for several high-profile clients, including players on the Baltimore Orioles professional baseball team. Brown also built McDonald’s and Wendy’s.

Brown became active in the Wyoming Conference of Building Officials (WCBO) and was nominated to serve on the Board of Directors for the International Code Council.

Jim enjoys hunting, riding horses and he plays the acoustic stand-up bass, a very special gift from his mom and dad. It is a 1938 Kay model that has brought him many years of joy playing music.